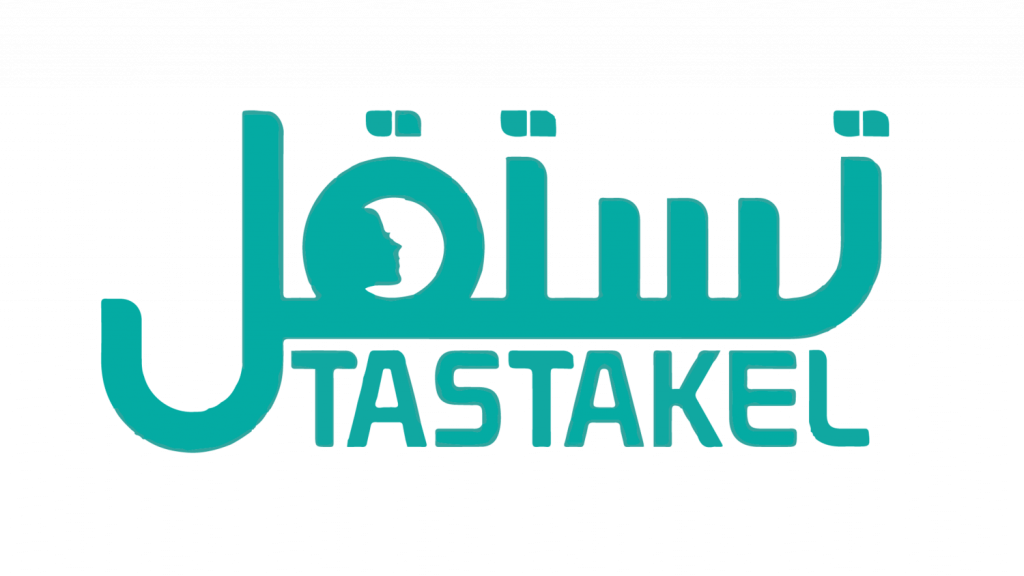 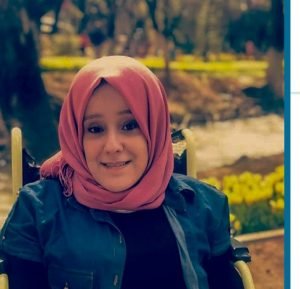 Being one of them, she proudly uses the term “people with special determination” rather than
“physically challenged or “special needs.” Shifaa was born in the city of Darya,
one of the suburbs of Damascus. When she was six years old, she joined school
like the rest of other children in Darya. But unfortunately, she did not find
the school that fits her situation, which prompted her family to search in
Damascus until they found a school for people with disabilities in the Bab
Mussalla area. It was called Al-Amal school, and there she began her journey of
overcoming challenges “with determination.”

Unfortunately, from the beginning, there was not enough faith in the abilities of a person who
needed support. Some even called them handicapped or other demeaning things,
not to mention questioning their right to education. Yet, Shifaa believes that
they can offer themselves and society many beautiful abilities despite
their disabilities. As a result, Shifaa faced challenges generally with regard
to education and academic curriculum. But she was able to finish primary school.
Her family decided to move her to another school that takes into account her
health and psychological status. This decision was at the end of the eighth
grade, and the search for another school began again. She came back, Al-Hikma, a school in Daraya, specializing in educating “people of determination,” where her life began to change. Joy
engulfed her heart for the first time. The school principal received her and
greeted her well and welcome her. “She did this in front of all the students
and announced: ‘we have a new student and we welcome her and we will take care
of her, and whoever annoys her will be annoying me personally,” Shifaa said. At
this moment Shifaa felt healing and recovery within. It was heartwarming for
her and family and she felt God honored her with a new environment and new friends.
She found comfort and happiness. All this motivated her to pursue her studies
again.

The teachers tried to help Shifaa rectify the shortcomings of her previous education, with a
focus on the basics in mathematics, literature, and language learning. She
continued and was doing well and had started secondary school. The Syrian
revolution, however, had started, and school programs were disrupted. She was
forced to leave her hometown, Daraya, and to seek refuge inside Damascus, in the Rukn al-Din
area with her family, living in the house of one of their relatives for six
months. During that period, she left school because she did not find a nearby
school. But she occupied her with reading a big number of books in cultural and
religious topics, and pursued other hobbies, like writing.

Shifaa began to write her secret wishes and wrote about her dreams and aspirations. She also
kept a diary recording events and the experiences she underwent every day. She tried
to understand the developments around her through writing, but also worked on developing
herself, and continued to improve her English during the six months she stayed
at home.

After that, Shifaa and her family moved to the mountainous region of Bloudan, which is
located in the western countryside of Damascus, and a new pattern of life began.
They experienced hardships sometimes, but also joy at other times. Here the
challenges grew bigger, because moving and commuting were too difficult on
wheelchair in a mountainous region without much access to many places. Her family
tried to help her a lot during this period in moving around. She was unable to
pursue her studies for another year passed but she kept reading books and
studying language and practicing her writing. She felt every step that she took
towards learning increased her confidence in herself and was striving to do her
best, no matter how simple each step. Shifaa says she came to feel that she was
not different from the rest or inferior because if she allowed such feelings,
she says, she knew it would damage her permanently.

Shifaa later traveled with her family to Lebanon to see her brother and his family. But they could
not return to Syria and had to readjust again in another new place. One day she
was visiting one of her friends and told her that a United Nations center was
asking for volunteers with physical challenges. A few days later she had an
interview with the UN team, and she was able to get the opportunity to work. Her work was to
count the number of Syrian families who had entered Lebanon and to deliver them
a food card according to the number of family members. Shifaa continued her
work for about a year, but unfortunately, she was forced to leave the house where
they lived and could no longer attend the monthly work meetings. “But fate led me
to a nearby institute teaching English, hairdressing, and first aid,” Shifaa says with a smile. She
immediately registered, and she enrolled in all the existing programs. Her
brother helped her to commute to the institute. But this did not last, as the
family ended up moving to Turkey.

Since coming to Turkey, she had to adjust again to a new environment, and felt a bit isolated
again. Yet, when she heard about Tastakel, she was determined to enroll and began
attending classes in human rights, women’s rights, elections, and negotiation
skills. Shifaa received an attendance certificate from the American University
George Mason.

Shifaa’s big surprise came at the end of the program when she was nominated by Tastakel
administration to lead one of the centers. She currently operates as an
assistant for the director of Tastakel’s center in Gaziantep and has been
helping with reports and organizing events and weekly symposiums online.

Shifaa never thought her dreams would come true. But she says seeing all these steps in her journey
healed her pain. “Dreams of something impossible became reality with the
existence of hope,” she says. But she adds that “we need to put our mind and
will into achieving our dreams.” She is also romantic and believes that “people
of determination have the right to have a life partner because they have a heart,
and they know how to love, and they have the right to make decisions because this
is their own life.” Shifaa says it is wrong to assume that disability prevents
people from achieving their dreams, or from succeeding in life. “On the
contrary, I find life in disability, satisfaction and tranquility, and in conclusion, I would love to say to every family that has “a person of determination,” to love and treat this person the way you
love and treat your other children.” Shifaa smiles and adds, “and how do you
know this person is not a special gift from God? Just believe in them and
believe in their abilities and appreciate their disabilities. Believe in their
existence and dreams, help them achieve their dreams, and believe that true
safety is doing these things because at the end the body perishes for all
people.”

Shifaa has strong views about this issue and she says, “ugliness lies not in disability
but in souls that have a disability to love and accept different, because there
is so much that is out of our control, and I hope all people will get this
message and be a source of awareness and support.”

In conclusion, Shifaa says that she will use her situation and experiences and the joy and
confidence she found in her own journey to help people who are in a similar
situation, and also to spread the message to society to change their views and
to start to see people with disabilities as “people with determination.” 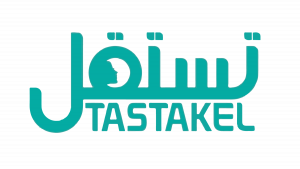 Our work is supported by: